A unique, eclectic package of games – surprises among the Digital Dragons Awards nominees

A unique, eclectic package of games – surprises among the Digital Dragons Awards nominees

Giving out the Digital Dragons Awards – prestigious awards for the best games of last year which involve the entirety of Polish gamedev – are a mainstay of May’s Digital Dragons conference, organized by the Kraków Technology Park.

This year’s nominees are a unique, eclectic package of games – not exactly surprising when chosen by such a unique, eclectic community as Polish gamedev. All categories have their surprises – it’s one of the most varied, extraordinary editions of the Digital Dragons Awards.

One of five titles will become the Best Polish Game of 2021: Bloober Team’s The Medium, Chernobylite by Gliwice’s The Farm 51, Growing Up by Vile Monarch, Car Mechanic Simulator 2021 from Rzeszów’s Red Dot Games and The Chronicles of Myrtana: Archolos. The Best Polish Mobile Game is going to be one of the following: The Witcher: Monster Slayer (Spokko), Thronebreaker: The Witcher Tales (CD Projekt RED), Ancestors: Legacy (Destructive Creations), Here Be Dragons (Red Zero Games) or Hero Legacy: Adventure RPG (Gamesture).
The Medium, a horror game by Kraków’s Bloober Team which kicked off 2021 and Chernobylite by The Farm 51 – recently awarded the best indie game award of 2021 by Indie DB – are leading the pack with 4 nominations each. Additionally, four nominations were scored by perhaps the biggest Polish surprise of 2021: The Chronicles of Myrtana: Archolos. It’s an atypical title – a giant, fan-made modification to the cult classic Gothic II, available for free for owners of the original. The Chronicles of Myrtana Team crafted an impressive game, which could easily be an official expansion pack. They’ve manager to include a professional Polish dub as well as original soundtrack, consisting of both new compositions and rearrangements of tracks from the original game. Archolos is perhaps the best example of how unique of a place is Poland on the gamedev map and how wild was 2021 for this industry.
Anshar Studios’ Gamedec received two nominations – the adventure cRPG about cyberpunk sleuths was nominated for Best Polish Game Art and Best Original Polish Game Soundtrack.

In Best Foreign Game we will find a fantastic summary of last year’s variety. There we have The Game Awards winner, Hazelight’s warm, cooperative It Takes Two, as well as the horror megahit Resident Evil Village, the eight instalment in the legendary series. Playground Games once again seduced players in Poland and all over the world with their fifth game in the Forza Horizon racing series. Additionally, two independent phenomena: the sandbox Valheim, which dominated the discourse in the first quarter of 2021 and Inscryption, the genre-breaking psychological thriller from Daniel Mullins, an expert in haunted video games. The nominees are closed by one of last year’s most pleasant surprises: the interactive adaptation of Marvel’s Guardians of the Galaxy.

This year, 53 Polish games and 14 original soundtracks were on the organizer’s shortlist. Almost 100 foreign games were suggested by voters. 1113 individual persons voted in the awards, coming from over 300 studios, media and organizations. The winners will be chosen by the jury. 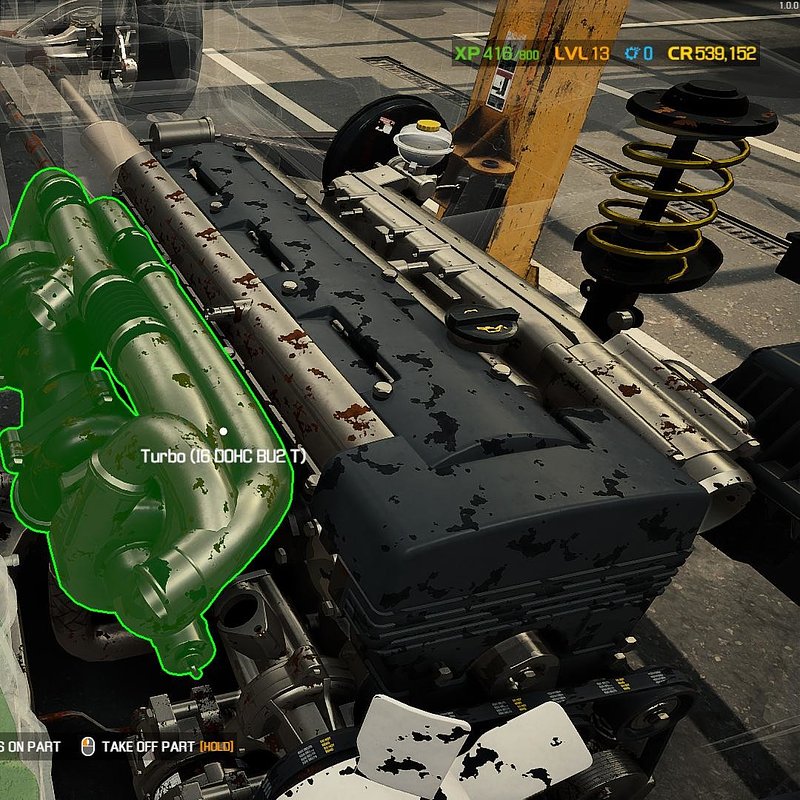 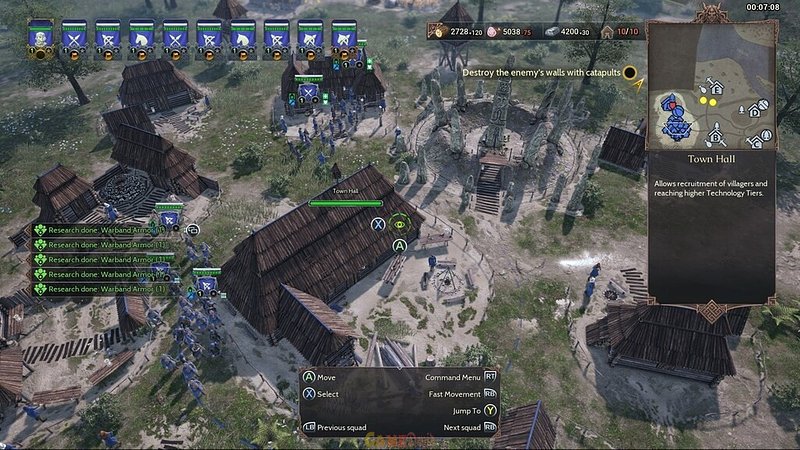 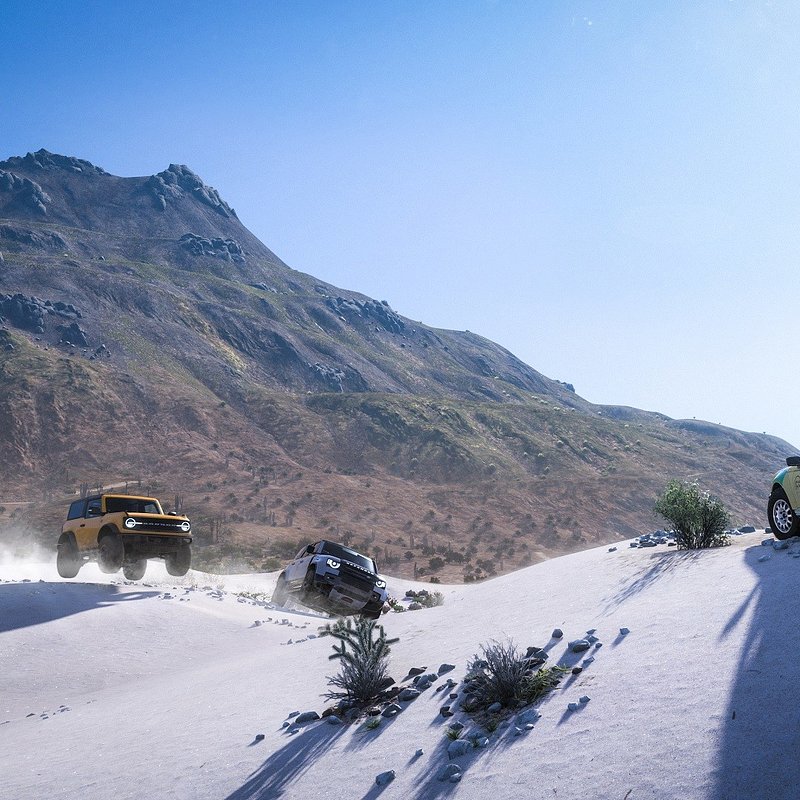 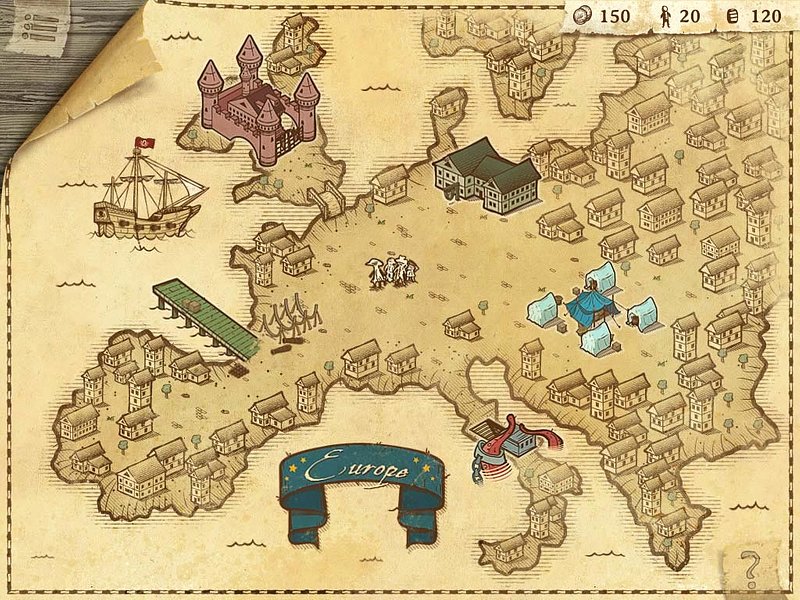 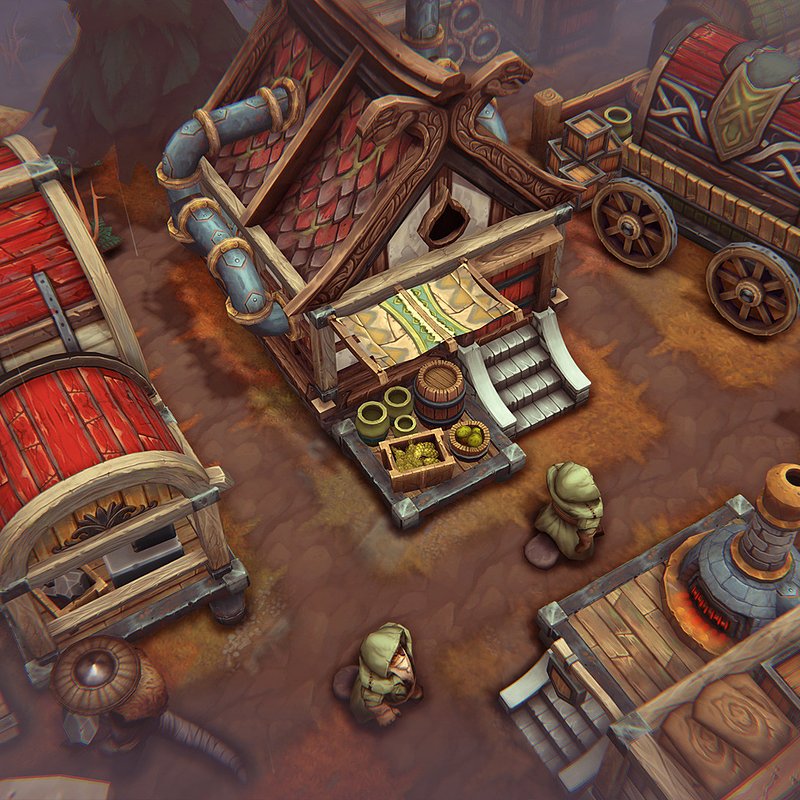 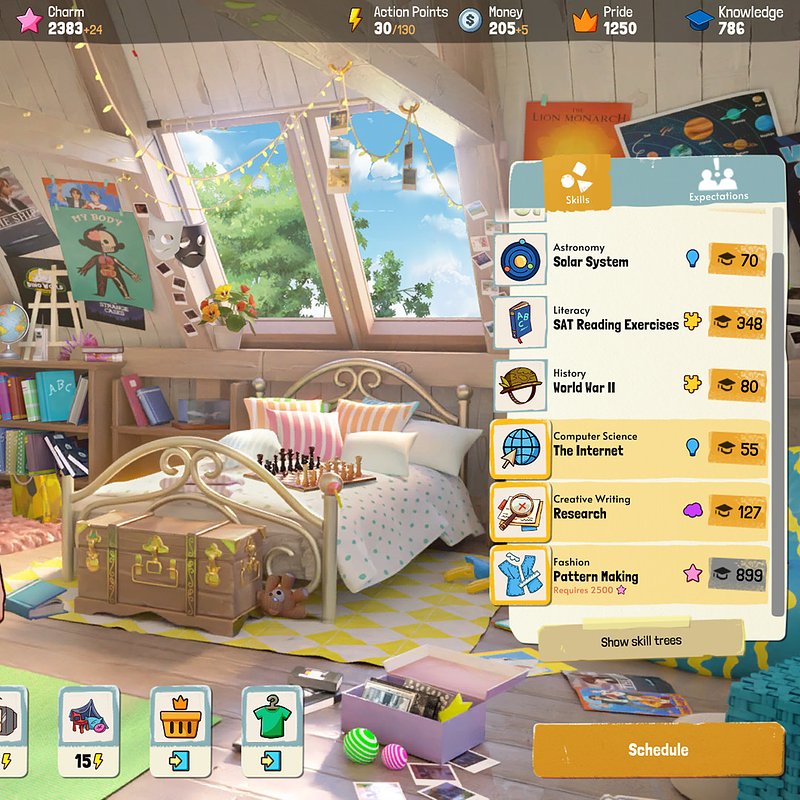 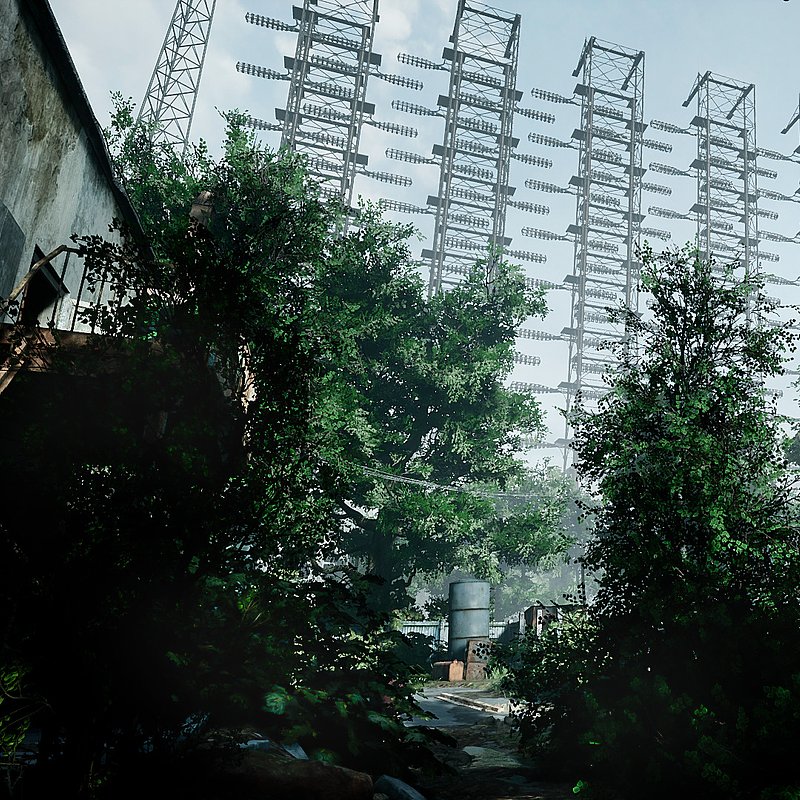 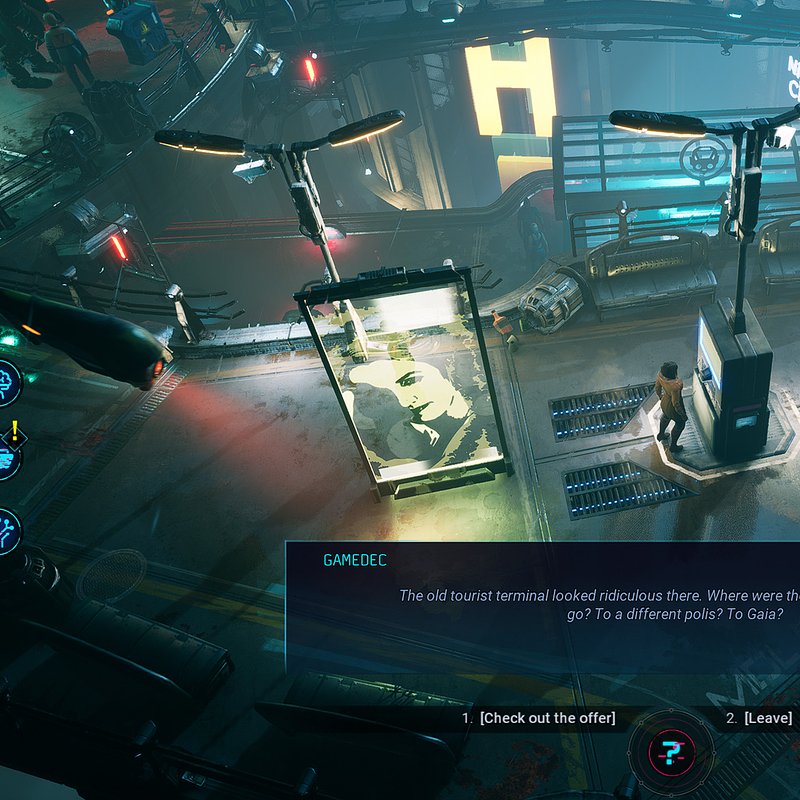 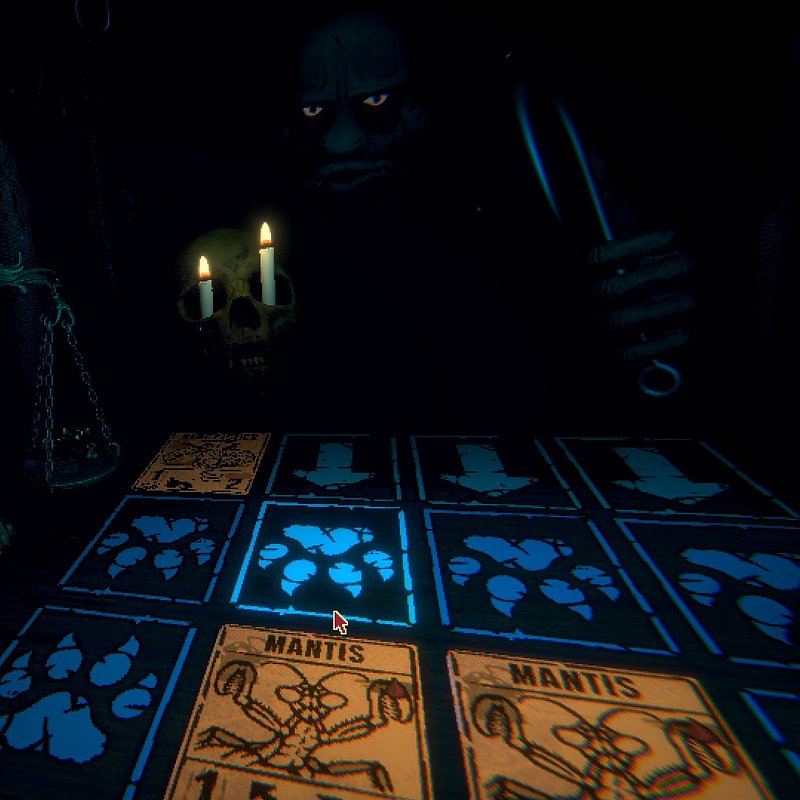 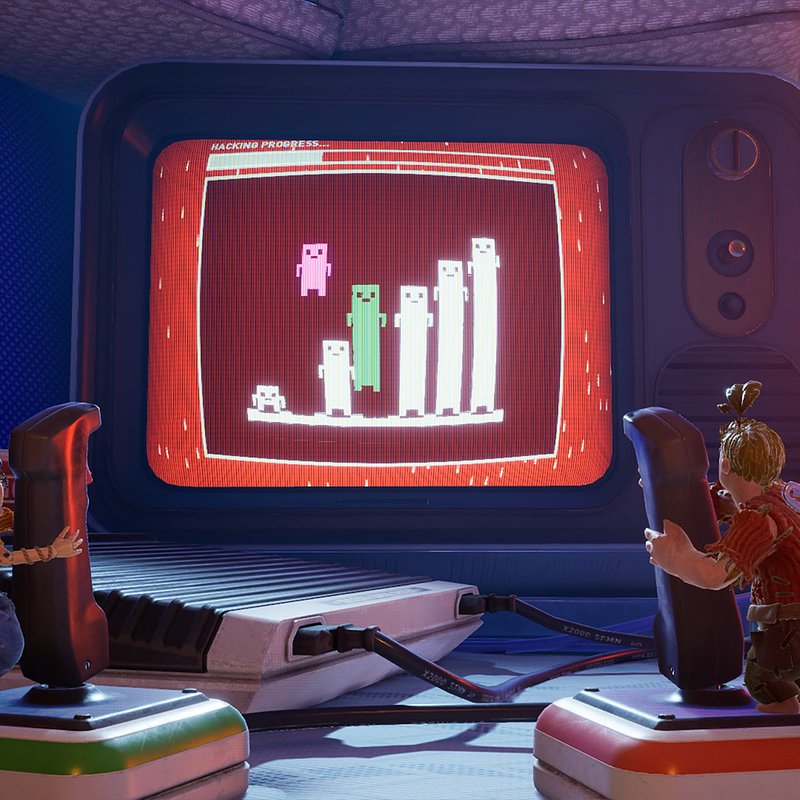 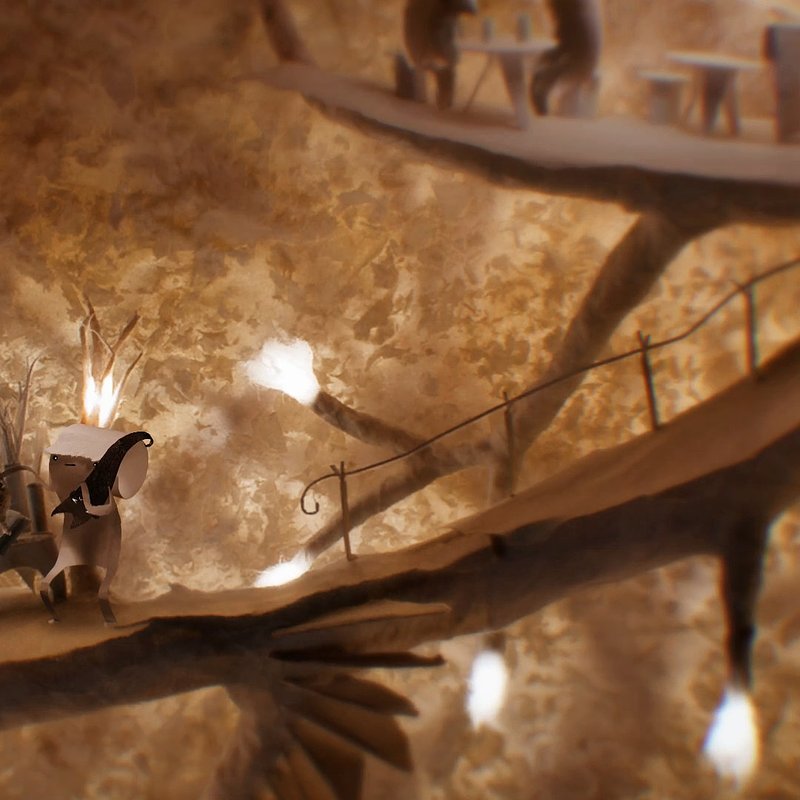 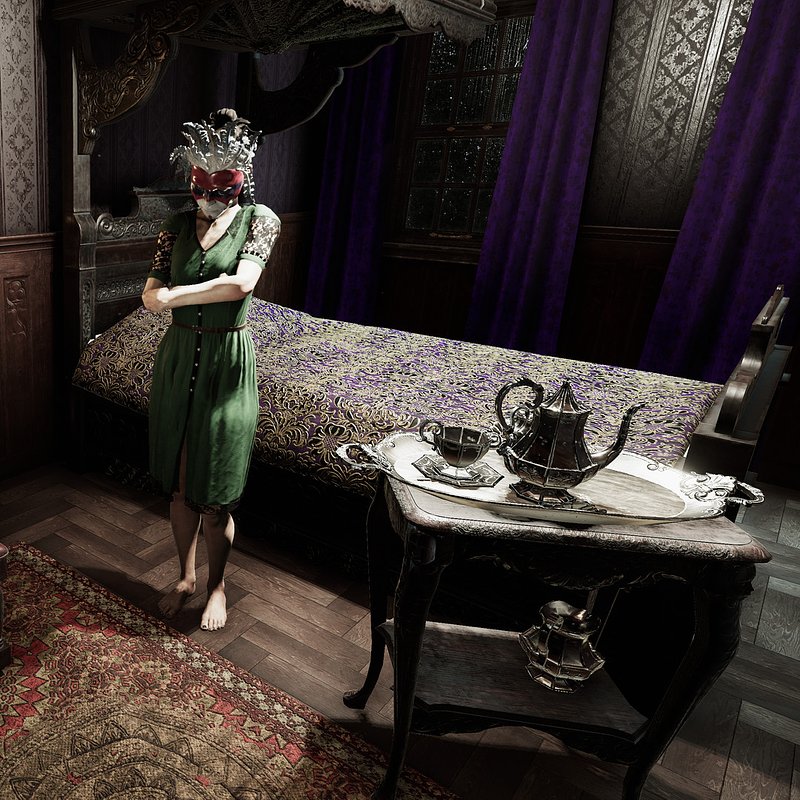 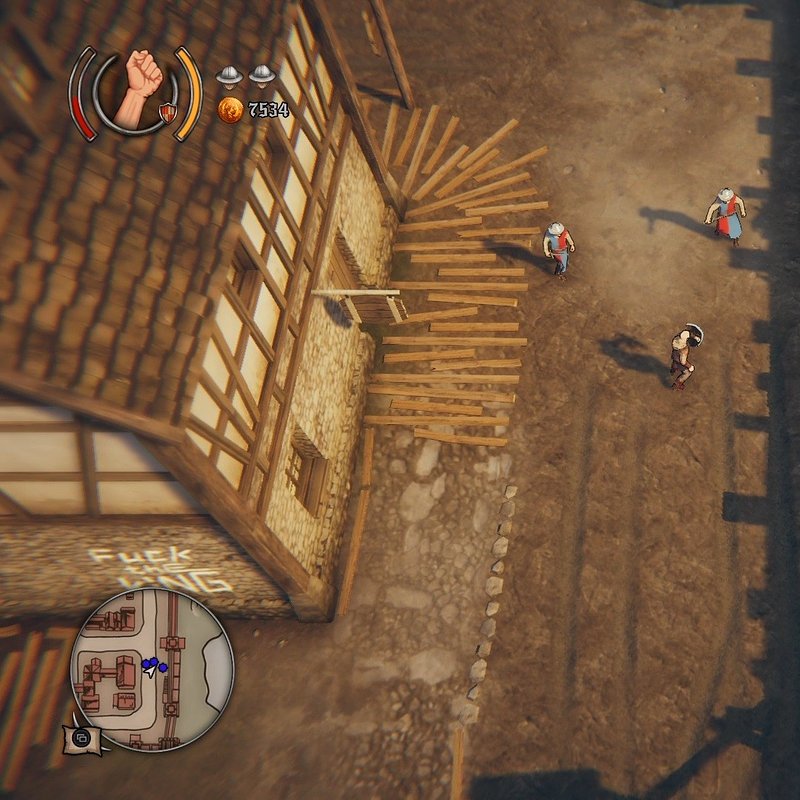 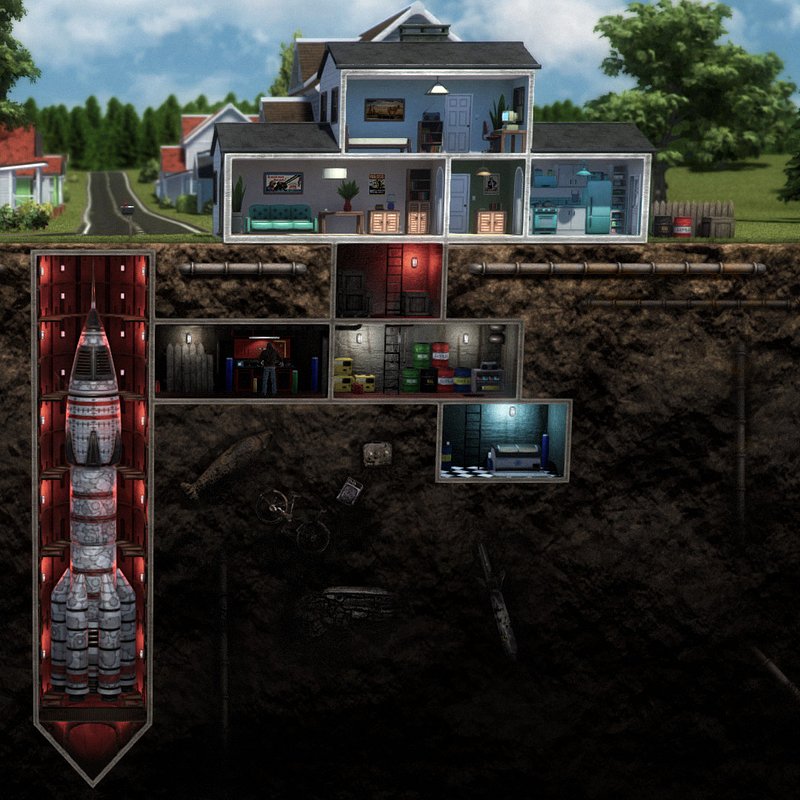 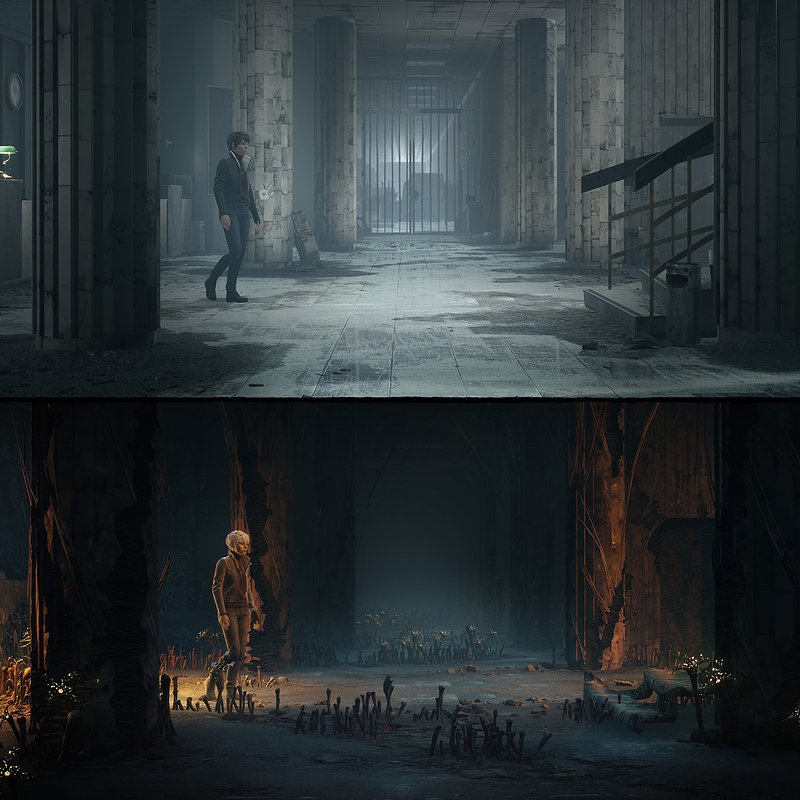 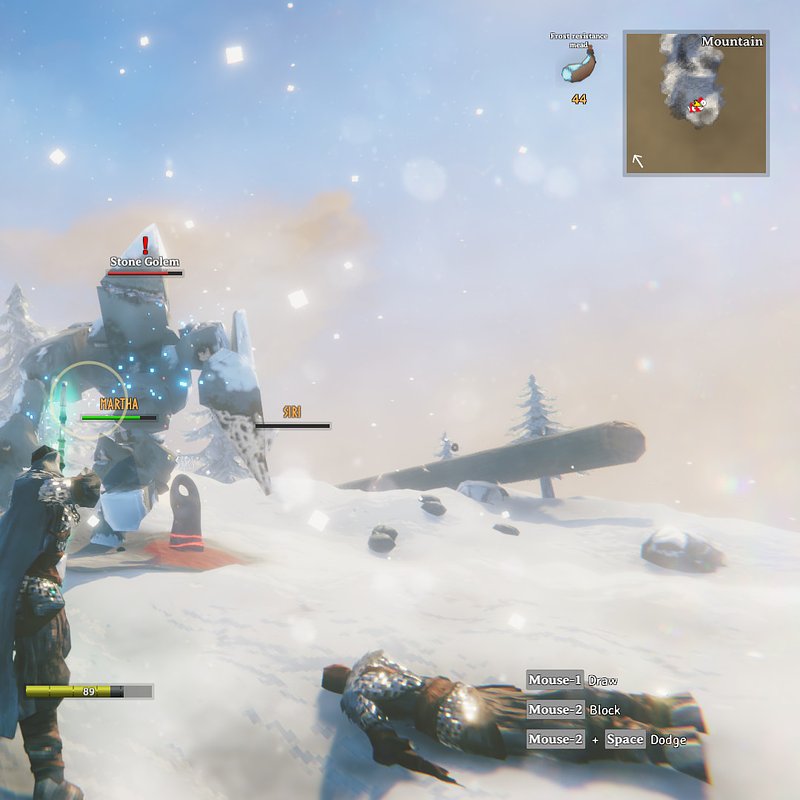 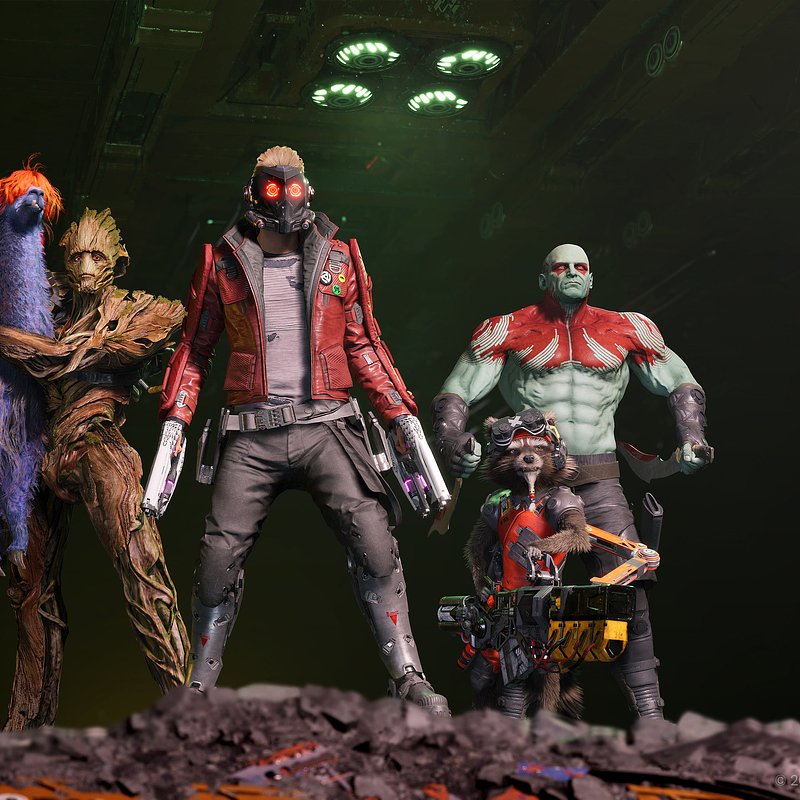 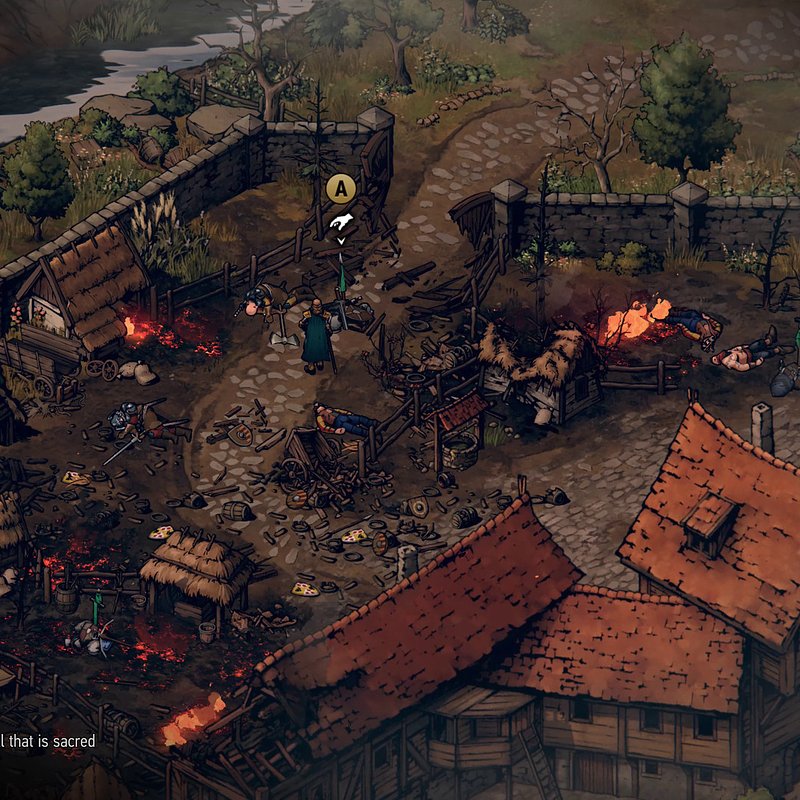 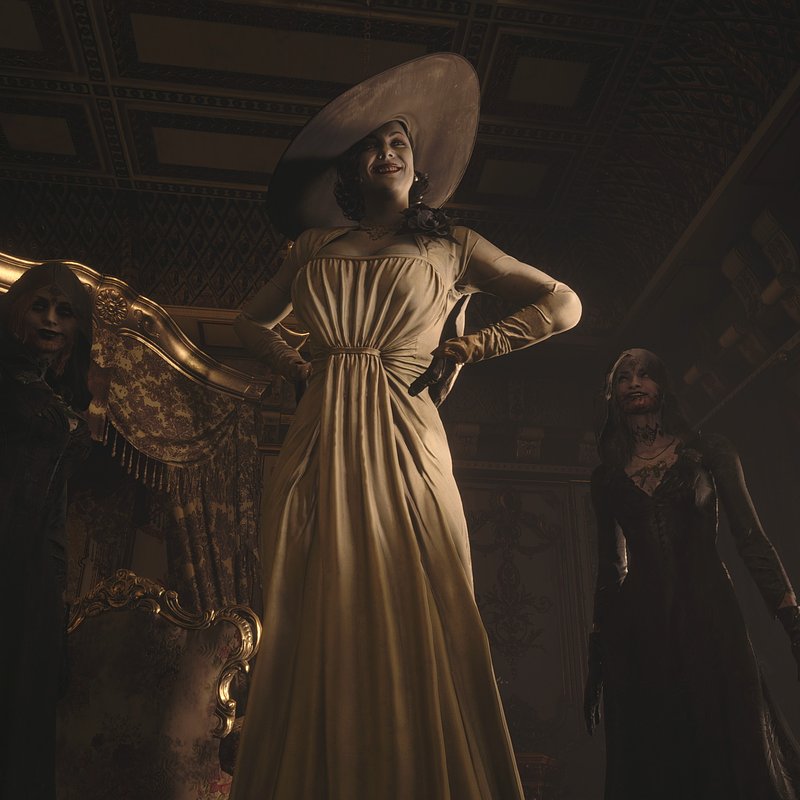 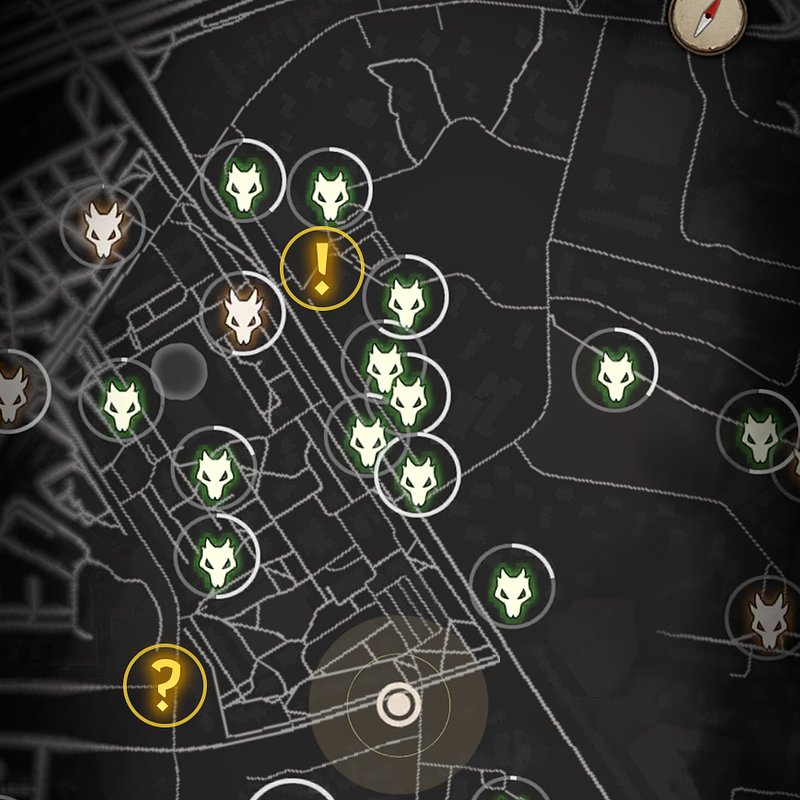 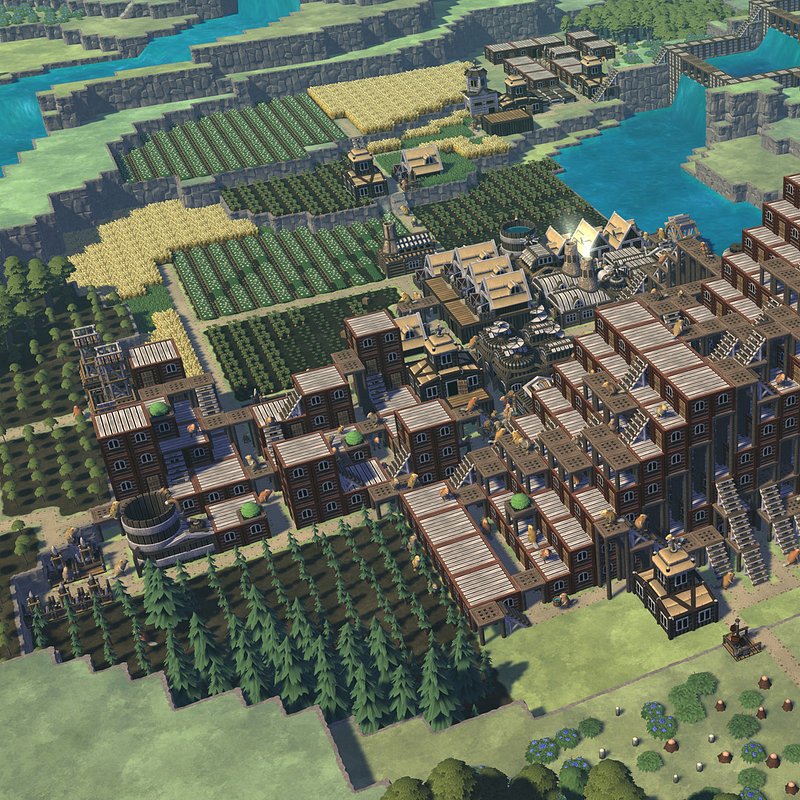 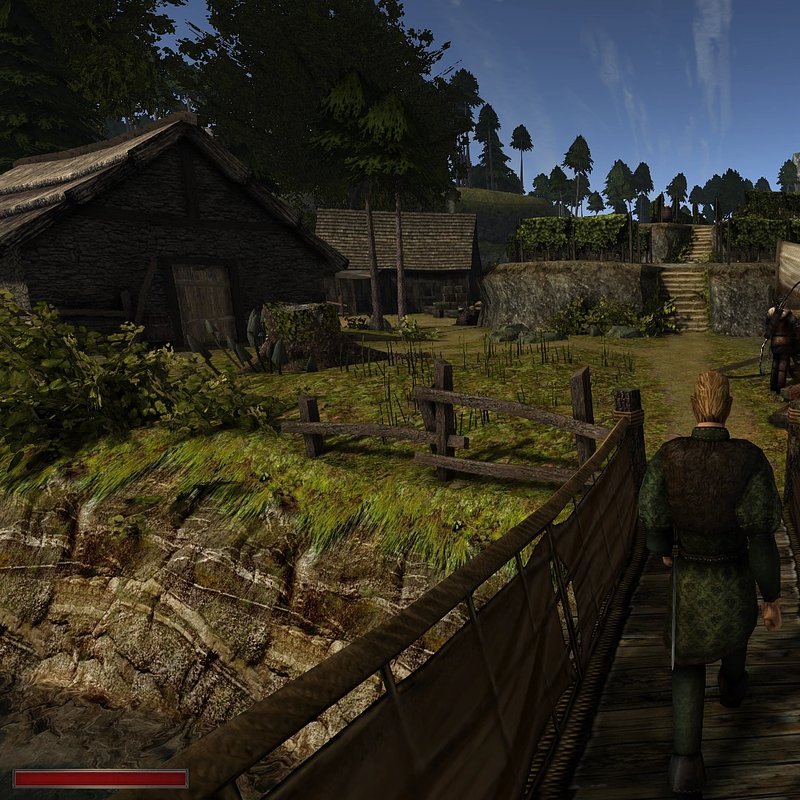 Third Kind Games is the Main Sponsor of the event: an independent studio with over 60 employees based in Leamington Spa, United Kingdom, founded on AAA experience by senior developers from Activision (FreeStyleGames) in 2016. Third Kind Games has also recently expanded into Poland, launching a new studio in early 2022. Third Kind Games has experience working with some of the largest companies in the games industry, developing critically acclaimed games and franchises for the likes of Activision, Sony, Nintendo, Codemasters, Crytek and, most recently, Mythical Games. Third Kind Games is the lead developer of Blankos Block Party by Mythical Games, a ground-breaking Play to Earn party game featuring NFT characters and accessories, providing players with proof of verified ownership and authenticity and enabling true player-to-player trading through Mythical Marketplace. Third Kind Games is also currently working on its own IP, alongside an unannounced project with a high profile industry name.
Województwo Małopolskie is the Main Partner of the event: the regional authorities implementing a range of projects that serve innovation and economic development of Małopolska, and its attractiveness for investors. Małopolska is a perfect location for running business, particularly based on new technologies. Evidence of that is the number of new ventures growing every year, including dynamically developing tech start-ups. Thanks to the massive support given to entrepreneurship and the optimal utilization of EU funds and other public funds, Województwo Małopolskie positively stands out among other voivodships.

Kraków Technology Park (KPT) has contributed to the development of proper conditions for the development of entrepreneurship for 20 years. For 10 years it has managed the Technology Incubator for IT start-ups. The KPT inspires the start-up community by organising numerous events including workshops, hackathons, and conferences that help to verify business concepts. Besides these, it runs KPT ScaleUp acceleration programme. Companies may count on the support of seed funds, tax reliefs offered by the Polska Strefa Inwestycji (Polish Investment Zone) programme, and preferential office space rental conditions. The KPT is particularly focused on Industry 4.0 and the video games industry. It is the leader of the hub4industry consortium aiming to provide comprehensive support for companies wishing to implement Industry 4.0 solutions. The KPT also organises Digital Dragons – the leading games industry event in Europe.

We know the winners of the Digital Dragons Awards 2021!

The winners of the Digital Dragons Awards, the most prestigious prizes presented by the Polish video game sector, have been announced! The Medium (Bloober Team) is the winner of three statuettes in the Best Polish Game, Best Polish Game Design, and Best Polish Original S...

We will learn who the winners of the Digital Dragons, the most coveted and prestigious awards of the Polish gamedev sector, are on 16 May 2022. This year the Award Presentation Gala returns to the exceptional interiors of the ICE Kraków Congress Centre. It will be hosted...

Biggest event of the year only a week away: Digital Dragons live!

The leading event of the game dev sector in CEE is about to begin. See the accompanying events and get ready to meet the stars of game development. A real-life conference starts at the ICE Kraków Congress Centre on 16 May. Online activities are launched for you on 12 May...

Meet the most promising indie games of the season!

Indie Showcase is an inseparable elements of the Digital Dragons international conference. This is where the most promising indie games from all over the world are presented. The competition has attracted 270 developers from 37 countries – the best result in the history ...